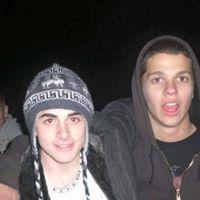 In July of 2015 the world lost Eli Kelliher to epilepsy. At the young age of 23 he was able to touch so many lives. Eli had a heart of gold and was always there for people when they needed words to help them get through the day. He was a close friend of mine and I was able to learn a lot about epilepsy through him, unfortunately not enough to save him from his tragic passing.

Eli always wanted to do what everyone else did without having to worry about his epilepsy. He had an energy that is unmatched by anyone I have met. At first I didnt think epilepsy was a big deal. We would go out and perform everyday activities which seemed harmless. It wasn't until the first time I saw him have a seizure that I realized how serious his disorder was. We were just standing out on a patio talking when out of nowhere he started to look dazed. His speech started slurring and within a second he fell to the pavement and began to seize. I remember his sister and parents telling me to make sure his head is supported and to make sure he was tilted on side so he doesn't choke on his tongue if he ever were to seize. I did everything I was told in the past, but the fall concussed him and he gashed his eyebrow. Eli went to the hospital and was fine, but it was at that moment I realized how serious epilepsy could be.

A couple weeks passed by and everything seemed back to normal. One day we decided to go to a restaurant for a fish fry. We were ordering food when I noticed a familiar look in his eyes.. When his voice began to slurrr I immediatley knew what was coming. This time, when he began to seize I was able to get him on his side with his head up without a fall. The seizure was short lived, but it was long enough for someone in the busy restaurant to call the ambulance. When the ambulance were questioning him it was obvious he was not sure what just happened. This scared me as I thought it was strictly a physical disorder. This event helped me realize the disorder also damaged his brain chemistry.

Months passed and summer came. Our favorite activity was disc golfing. We spent most of our days at the nearby course after we would get off from our jobs. We loved it, the outdoors, the freedom, and most importantly the time we spent with friends. While disc golfing with Eli I have had some of the deepest conversations of my life and he truly was who I turned to in troubled times. We would talk about girls, life, kids from high school, bettering our lives and much more.

On this course there was a pond that was about knee high. A lot of people would lose their frisbees in this pond. Eli loved going in the pond and looking for frisbees. It seemed like a harmless activity.I have seen him go searching in this pond well over 50 times throughout the years and never thought of it as a danger.

One night I got out of work late and called Eli to see if he wanted to go bowling. Eli did not answer his phone. I thought maybe he was asleep or busy and went on with my night. The next morning I received a phone call from his sister asking if I knew where Eli was. I told her I tried calling the night before, but got no response. She said last he told his family, he was going to a park. I immediatley responded, saying it was most likely the disc golf course. I was a little worried about the situation, but I had to go to work. I told his sister to keep me updated.

About two hours into work I noticed someone was calling me. I was busy at the moment so I couldn't answer. Less than a minute later I noticed my pocket vibrating again. I told my boss I would be right back and saw it was a friend of Eli and I, Tyler, I decided to answer the phone and he asked if I was busy. I told him I was but if it was about Eli I have time. His voice instantly saddened and the next words I heard wer "Eli's gone".

I couldn't believe it, I didn't want to. I eventually got over the shock and became upset. I told my boss what happened and they allowed me to leave. I called Tyler again to get more details about Eli's passing. I discovered that his parents called the cops to help find him and they discovered his car at the disc golf course. They searched the course and found his keys, his shirt and  his phone next to the pond where he normally left him. They eventually found him in the pond.

It turned out Eli was searching the pond by himself around sunset and he had a seizure in the pond. I was heartbroken all the times I knew him going into that pond and it never crossed my mind once that he could have a seizure there. I thought maybe if I didnt stay late at work the night before this would have never happened. Eli lost his life to epilepsy.

Eli's life ended while doing something he loved and at a place he loved. I try to go to that pond weekly and speak to him in the sky. My friend was forced to live with a disorder that not only caused pain and brain damage, but also one that made seemingly harmless activities dangerous. Eli wanted to be independent and do things without constant supervision, he wanted to try and live as if he didnt have epilepsy.

Eli was one of the happiest, caring, and unique people I have ever met. He is deeply missed by many friends and more importantly family.

The purpose of this story is to show how epilepsy can change a persons life. It is important to gain as much knowledge as possible about the disorder to help fight epilepsy. Eli was constantly swithching medications. Some worked for a while and some never worked at all. My hopes are that with this fundraising page we are able to contribute to research, medication and education on epilepsy. Every penny counts and can bring us closer to our goal.